The Global Network for Simulation in Healthcare Board if Directors is composed of the following Thought Leaders: 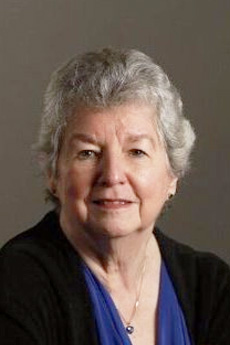 Dr. Rizzolo’s career has focused on exploring new technologies, determining how they can inform and educate nurses, operationalizing their cost-effective delivery, and disseminating their value for education and practice. While working for the AJN Company, she pioneered the development of screen-based simulations that won national and international awards, and created AJN Online, one of the first websites in the world offering continuing education, journal articles, and networking opportunities for nurses. While on staff at the National League for Nursing, she managed their professional development initiatives. worked with Dr. Pamela Jeffries on the original simulation research project and the SIRC development project, managed the authoring process for all of the ACE unfolding cases, spearheaded the project that explored the use of simulation for high stakes assessment and founded the Leadership Development Program for Simulation Educators. She has served on many committees and advisory boards and delivered numerous national & international presentations. Dr. Rizzolo volunteers her time at the Society for Simulation in Healthcare. She served on the Board of Directors, on the SSH’s Certification Committee from its inception, chaired the committee that developed the SSH Academy, and is currently vice chair of the Credentialing Commission. She was recently elected to the Board of the Global Network for Simulation in Healthcare. Dr. Rizzolo maintains an active consulting practice. 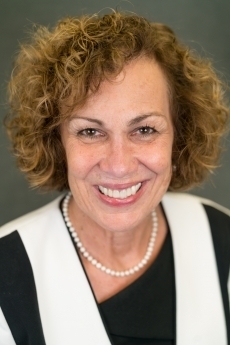 Dean and Valere Potter Professor, RWJF Nurse Executive Fellow Alumna, Vanderbilt University School of Nursing.  Dean Jeffries is internationally known for her research and work in nursing and health care education. She is well regarded for her scholarly contributions to the development of innovative teaching strategies, experiential learning techniques, new pedagogies and the delivery of content using technology.

With the NLN, Dr. Jeffries developed the major contribution to simulation scholarship, the framework, and monograph now known as the NLN Jeffries Simulation Theory.

Dr. Jeffries is a fellow of the American Academy of Nursing, an inductee of the prestigious Sigma Theta Tau Research Hall of Fame, an inaugural fellow of the Society for Simulation in Health Care Academy and the 2016 recipient of the American Association of Colleges of Nursing Scholarship of Teaching and Learning Excellence Award.  Her accomplishments and dedication to nursing have been recognized through prestigious teaching and research awards and honors from the NLN, Sigma Theta Tau International, the Midwest Nursing Research Society and the International Nursing Association of Clinical Simulations and Learning. 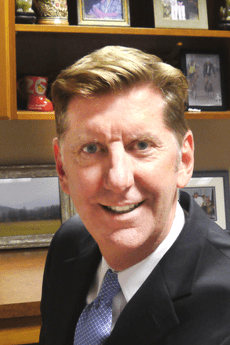 Doug Beighle joined Simulab in 2002 and was appointed President and COO in 2006. He is a seasoned veteran with over 35 years of proven experience in the areas of revenue and profit growth, market development, and management team leadership. Founded in 1994, Simulab designs, builds and manufactures medical simulators and task trainers for the medical education community and is considered the market leader in soft tissue simulation. In 2012, MERCI (Medical Error Reduction and Certification, Inc.) was officially launched and rolled out of Simulab as a stand-alone company. MERCI provides turn-key patient safety training programs designed specifically to serve hospitals with goals of reducing procedural medical errors and improving patient care. Since this date, Doug wears two hats as the President & COO of both organizations. Prior to joining Simulab, Doug served as President and CEO for several Seattle based computer hardware and soft companies. Doug earned a B.A. in Economics from Claremont McKenna College. 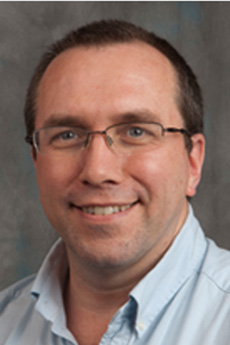 Bryn is a Consultant Anaesthetist at Nottingham University Hospitals NHS Trust (NUH), one of the largest acute teaching hospitals in the UK. His clinical work is primarily covering emergency, major trauma and vascular surgical services. He helped design the Trent Simulation & Clinical Skills Centre at NUH and has been Director of this regional facility since it opened in 2004. In 2009 he was appointed as an Honorary Professor of Clinical Simulation at the School of Psychology, University of Nottingham, a position which has been renewed successfully by the University Senate on a 3-year cycle. He is the Clinical Lead for the MSc in Quality and Patient Safety Improvement at the University of Nottingham. He became the inaugural President of the Association of Simulated Practice in Healthcare (ASPiH) from 2009-14, which is now the leading UK organisation addressing the use of simulation to enhance professional training and patient safety in healthcare.  He currently co-chairs the ASPiH Special Interest Group (SIG) in Human Factors & Ergonomics and is a member of the Chartered Institute of Ergonomics and Human Factors healthcare SIG. 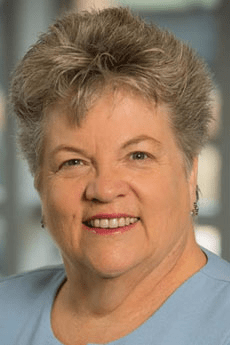 Dr. Durham as a member of the RWJFs Quality and Safety Education for Nurses (QSEN) project, she developed simulation-based educational experiences that reflect cutting-edge pedagogy. Dr. Durham has made significant and sustained contributions in inter-professional education and is a leader in preparing faculty to integrate quality and safety into their curriculum and their teaching. Disseminating her work widely via publications, presentations and online modules has extended its impact around the world. Dr. Durham is a visionary leader in practice-based education, and is a highly sought consultant by simulation and skills laboratory faculty. She is a fellow in the American Academy of Nursing and the National League for Nursing (NLN) Academy of Nursing Education. Dr. Durham received the 2010 Academic Achievement Award from Western Carolina University and received a Presidential Citation from the Society for Simulation in Healthcare in 2017. She is Past President of the International Nursing Association for Clinical Simulation & Learning. 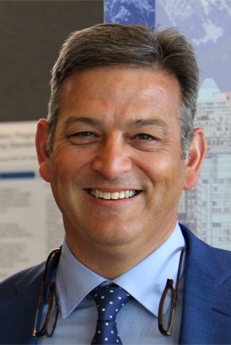 David Grant qualified from the University of Stellenbosch, South Africa, trained in Paediatrics and Paediatric Intensive Care in South Africa, UK and Australia and has been a Consultant in PICU at Bristol Children’s Hospital since 2004 where he began using simulation as an educational tool.

David has been actively involved in simulation delivery and leadership at institutional, regional, national and international level. His focus at all levels is to establish simulation capacity in all healthcare settings globally, enabling local expertise through supporting faculty development, curriculum development, collaboration and research. He has been involved with GNSH since its inception in 2010. 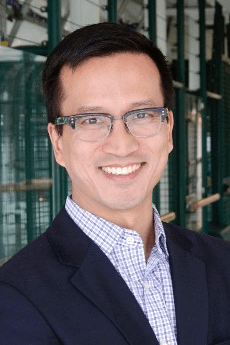 Lennox Huang is the Chief Medical Officer and Vice President for Medical and Academic Affairs at the Hospital for Sick Children in Toronto, Canada. He is a staff physician in the Pediatric Critical Care Unit at Sick Kids and holds the rank of Associate Professor in the Department of Paediatrics at the University of Toronto and Associate Clinical Professor of Pediatrics at McMaster University. Dr. Huang’s past leadership roles include Chair of the Department of Pediatrics at McMaster University and the Chief of Pediatrics at Hamilton Health Sciences and St. Joseph’s Healthcare Hamilton. Dr. Huang’s academic interests are largely in the areas of simulation, patient safety, and health professional education. Most recently he has focused on using Lean principles and in-situ simulation to guide the design and testing of clinical spaces and integrating simulation into organization wide safety behaviour training. 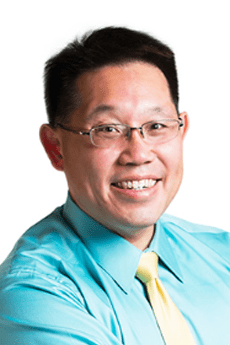 Lucas Huang is the Co-Founder of B-Line Medical, LLC, located in Washington, DC. He received his BS in Electrical Engineering and B.S. in Aerospace Engineering from North Carolina State University. He was a systems engineer, test engineer, software developer to eventually head up the team that redesigned the control center for the Hubble Space Telescope, creating one of the first fully web based satellite control centers. Prior to B-Line Medical, Lucas founded a consulting company specializing in web based data aggregation and mining, did work for Lockheed Martin, NASA, and the National Education Association. B-Line Medical currently has 500+ installations in hospitals, medical schools, nursing programs, inter-professional centers, in 30 countries (Dedicated centers, mult-site, and mobile) centralizing data and establishing metrics. Lucas is actively involved on large projects, projects that directly impact patient care, and advocates for recording all delivered care to improve outcomes. 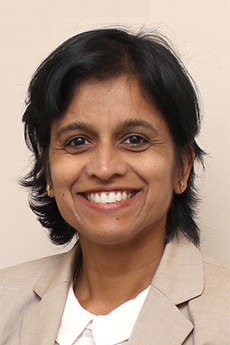 Dr Makani Purva is the founder director of simulation at the Hull Institute of Learning and Simulation, president of the Association of Simulated Practice in Healthcare (ASPiH), and is the chair of the Standards for Simulation based education committee.

Dr Purva is the founder director of simulation at the Hull Institute of Learning and Simulation which won the 2015 best national Public Sector training award, and was elected as president of the Association of Simulated Practice in Healthcare (ASPiH) in January 2017. She is the chair of the Standards for Simulation based education committee and led the development of the first national simulation standards for health care professionals in the UK. 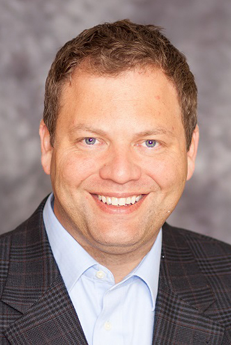 It is with great sadness that we share Chad Epps, GNSH President, passed away on December 17, 2020. We will miss his passion for simulation and his heartfelt warmth to all those around him